Lessons from a small country, post-Brexit 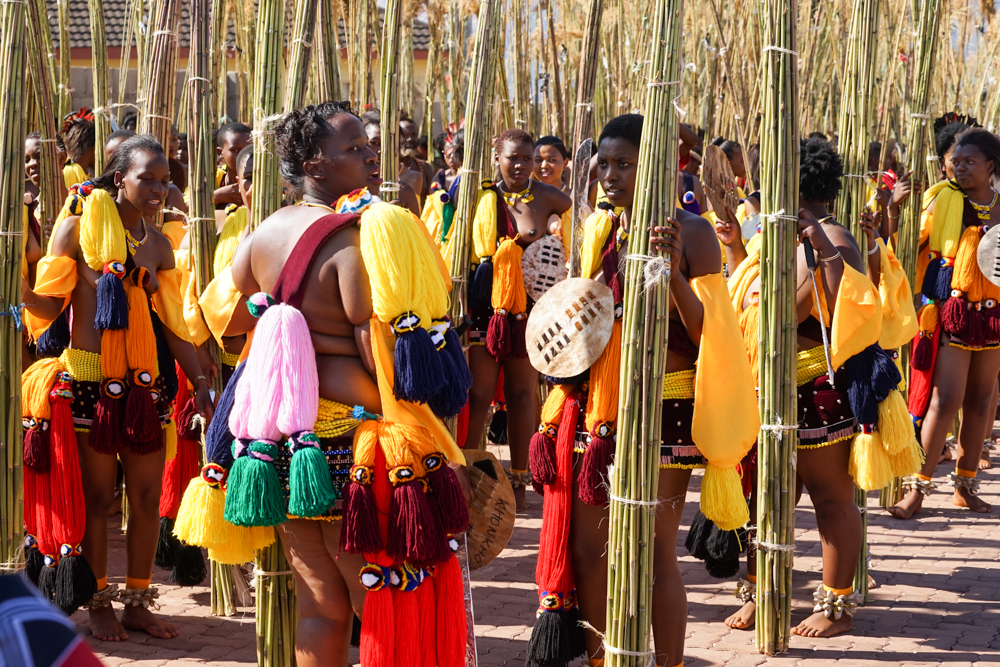 The Kingdom of Swaziland is a small country the size of Wales, has one million inhabitants and is surrounded on three sides by South Africa and on the remaining side by Mozambique.

Last week Swaziland held one of its most important cultural ceremonies – the Umhlanga Reed Dance. We were able to attend the final two days of this annual, week long event! 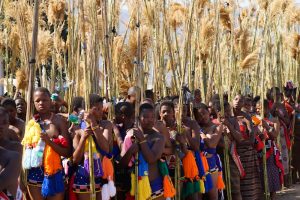 Hundreds of groups of girls with their reeds

On the penultimate day we were able to see many, many thousands of girls (“maidens”), from all over the country, deposit their reeds as part of their village groups at the Ludzidzini Royal Village. For me, there was something that had a faint memory of Girl Guides – much of it seemed to be about identity and belonging. We never went topless though! 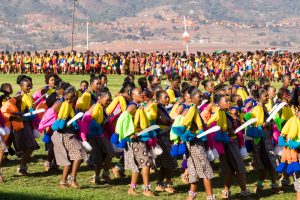 The parade around the stadium – it was noisy!

After laying down their reeds at the palace, the girls then paraded around the nearby stadium. Each group of girls was different, with their own vibrant colours and attire, many carrying swords and shields. Each cohort was usually led by a member of the Royal Family, with red feathers in their hair. We left at 6pm after four hours. 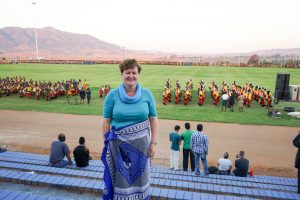 The stadium – visiting women needed to wear a skirt – fortunately for me suitable wraps were available to buy!

On the last day, we expected more dancing with all the girls together. However, it was more of the same! (I hadn’t realised the parade was the dancing!) This time we had negotiated more central seats, near the Royal Family. Dignitaries from the SADC conference were also sitting near us, and yet security seemed neither overt or clumsy. 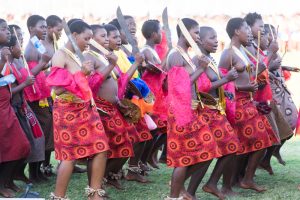 Another group of girls dancing

After three circuits, the girls all came on the stadium together and faced the King. The singing and movement at this point was intense! The King then spent quite some time greeting the girls, walking amongst them, you could tell where he was from where the press cameras above hovering! Again we left after four hours as it got dark, before the girls were going on to dance again in the Palace for the Queen Mother. They have some stamina! 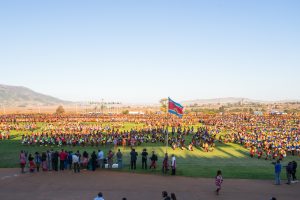 You can research more about the history of the Reed Dance – we had a guide on the first day, but it still seemed quite hard to understand.  My felt experience though was this: 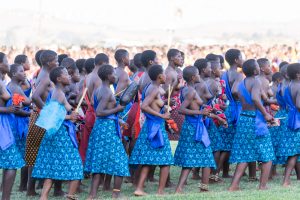 Yet more girls at the Reed Dance 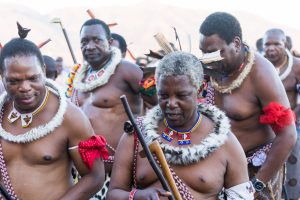 In the United Kingdom, as we embark further on our path post-Brexit, maybe there are some relevant messages for us here too, that small countries can have influence and do great things on an independent basis, whilst being part of a larger context with others.

If you would like some help in thinking through how to optimise emerging new possibilities with your customers, suppliers and business partners in our post-Brexit context, please do get in touch.

Gill How has over twenty years experience of helping senior leaders step into the unknown, co-create their future partnerships and deliver visible results. If you would like to meet for an exploratory cup of coffee to help develop your response to Brexit or other challenges, contact her here.

If you would like to hear as well as see pictures of the Reed Dance, here is a four minute clip to enjoy:

Does Your Bid Production process look like this?
Bid Personality – the leader sets the tone…